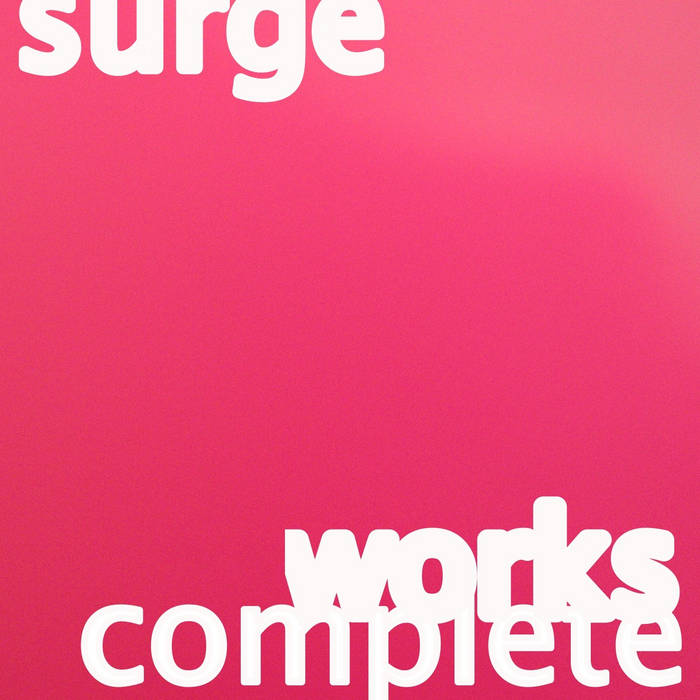 Surge was my short lived project in the late 90s. I started Goem in 1995 as solo thing, and it was to be short lived and very conceptual, but soon enough Roel Meelkop joined and we had a CD, gigs etc. But I wanted to explore this rhythm music further, extending it with samplers and synths. Hence Surge, who posed as a duo, although I don't think anyone believed that. I released two CDRs on two of my own CDR labels, Bake Records ('First') and Microwave Recordings ('Landslide'). To get more attention I did some unsolicited remixes of SND (who were a great influence in 1998, I gather), which I mailed to Mille Plateaux. They didn't take it, no surprise. I then recorded an album using a Casio VL-tone 1 and the usual manipulation, but felt Surge had ran it's course.
Here's the complete output of Surge. Not a lot of these pieces had real titles, so I decided to indicate them, more or less, in order of recording by a number, 001, 002 etc. and between brackets the name, if they had any. I am putting up the two albums for free download, but if you decide to buy the whole thing - and why wouldn't you? Otherwise it's not 'Works Complete' - you will get that 16 track unreleased last album, plus 6 mastered versions of these pieces by Roel Meelkop (essentially making them new pieces, so more numbers) which didn't make it to a 12" from Audio.NL, the 8 remixes of SND by Surge and all the compilation pieces. I don't know, at least four hours of music in total, maybe more. I didn't count. I do know it's 58 songs in total.