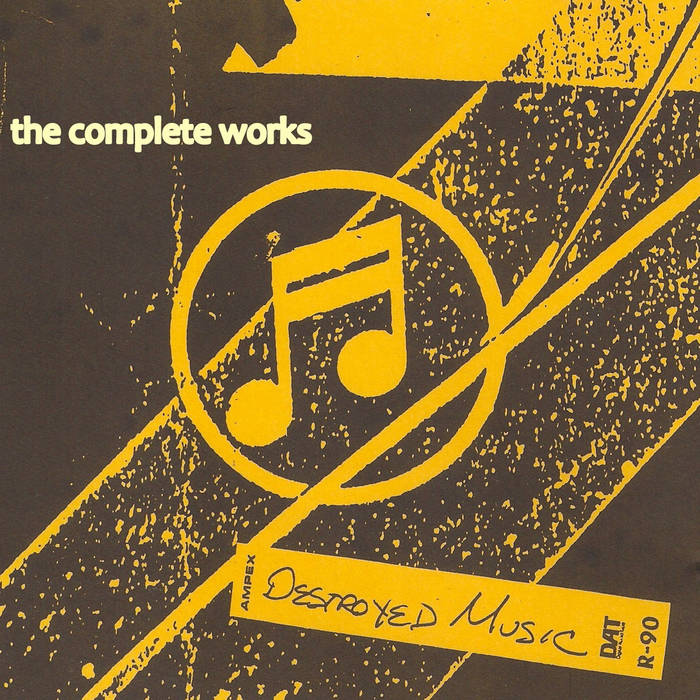 Destroyed Music was the short-lived noise collaboration between Emil Beaulieau (Ron Lessard) and Frans de Waard. It started with Ron destroying a few records by Kapotte Muziek (which also means Destroyed Music), with the intention to release these as part of the Pure series. That didn't happen, but in stead where released by Freak Animal on LP. Frans de Waard took those recordings and created a second release, 'Burn Books, Not Coal', released on CDR by Bake Records. When the LP was released Ron destroyed a few of those and recorded 'Recycled Music', and released that on cassette on the label of the same name.
Please note that the 'Recycled Music' cassette appears here as a free download.
Cover photos and scans of all releases included.
www.discogs.com/artist/228193-Destroyed-Music