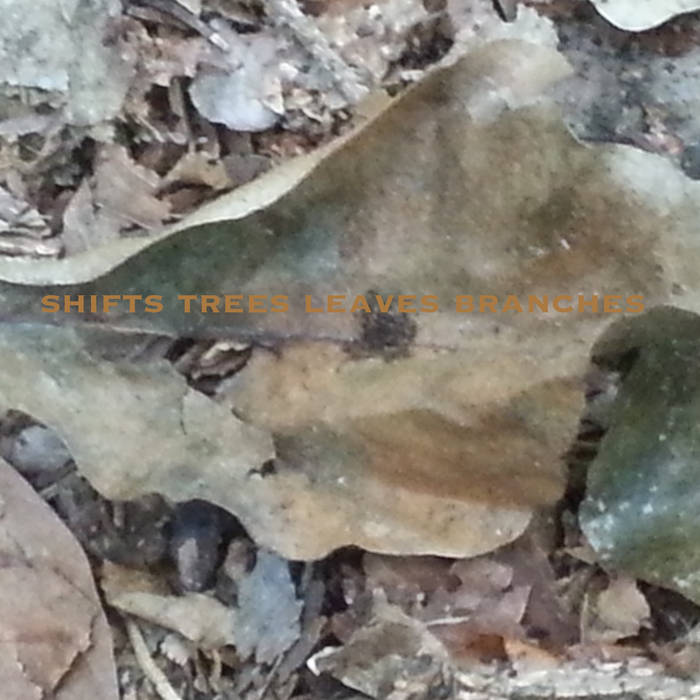 original liner notes
This might very well be the first time that a release by Shifts has liner notes, but then it may very well be the last release of Shifts; or, to be more precise, the last recordings that were made as Shifts. So as part of this probably farewell, liner-notes - or the full history of Shifts.
In 1995 I was in contact with Richo Johnson who (among other things) ran a label called Fourth Dimension that specialized in loud guitar music. I proposed to do a soft guitar record, and he liked the idea. I am not exactly sure how I made the record, but it involved an electric guitar, a four track recorder and sound effects. It was fun to make, although it took quite a while before it was released. In the meantime, I recorded a bunch of shorter pieces which were released on my own Korm Plastics label. My partner in Beequeen, Freek Kinkelaar, gave me small motorised device to which I attached a rubber band and strummed the guitar. As in my later project Goem, I layered these recordings, much as Steve Reich did in his early tape pieces. In a short time I released three CDs, several CDRs and more limited vinyl. Two of them need mentioning as they include no guitars: 'Sonates And Interlude' uses the piano and 'One Piece For Cymbal' has a single cymbal. The end of that era was marked by a remix project carried out by Vidna Obmana and Asmus Tietchens.
The second phase started with the last Shifts work from the first era. 'Vertonen', which shamefully was not proper released by Freedom From. Since I was working with computers I decided to remaster it. I started to play around with samples of the original, totally removed from the guitar. I created twenty-two pieces (including the seven from the original release), all called 'Vertonen'. These pieces were released in an edition of just one copy (with an original 'work on paper' - to avoid the word painting).
I was sometimes asked to play Shifts concerts. I was never to satisfied about them, but they went alright. A particular highlight was when I played an improvised set with zoviet*france on the Stubnitz, then moored in Stockholm harbour.
After this amount of work, I decided it was unwise to repeat myself any further. I never likes to repeat myself too much. Then on Koninginnedag (Dutch Queen's Day) in 2004 I bought a four string Spanish guitar for 1 euro. I recorded three pieces as Shifts, 'Trees', 'Leaves' and 'Branches'. Bearing in mind what I had said about repeating, I decided to stop after these three (tree?) and scrapped the 7" of which my daughter already made thirty covers (with painted footsteps). I am sure I will use them elsewhere with her consent. Until I learn to play the guitar properly one day, this is it.