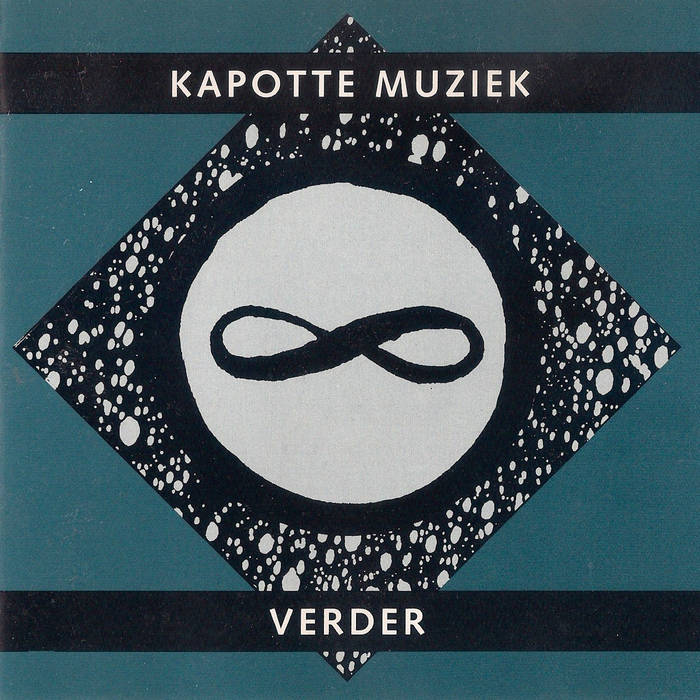 'Verder' is a step further in the process of recycling sound. The only statement that can be made about Kapotte Muziek is that it is all about recycling. In the past other composers sent me tapes of (un)organised noise, which were to be used by me in a new musical context. Mostly these pieces ended up being rather SHORT, even when there was extensive soundmaterial at hand. Recycling was executed by all sorts of means: sampling, cutting, adding, speeding up, slowing down, etcetera. Without any LIMITATIONS.

From the enclosed four pieces, the piece with Agencement is the oldest (recorded in 1991). It is the one that is most close to my latest LP 'Utilities', which was a collection of short collaborational pieces. Agencement sent me a short piece (approx. 3 minutes) of his hectic violin playing, which I transformed into a calm piece.

Somewhere towards the end of 1991 Klaus Jochim of Telepherique and I agreed upon doing a joint project. We LIMITED the starting-point, by deciding to use only radio sounds. Radiosounds are the easiest to get, and therefore are often used by home-tapers who start experimenting with sound. We exchanged a collection of short-wave sounds and after that a number of processed tapes of the initial recordings. The results were released on cassette.

The next collaboration was intended for cassette release as WELL, but never emerged. One side was to be a live radio concert by The Haters, which I recorded. I proposed to do a reworking using only the first two minutes of the recording (The Haters digging in dirt). From that I constructed a 21 minute piece, in which the segment of the digging is repeated at various speeds and scrambled cassette playing.

The last recording is from my ongoing series of collaborations with Merzbow. Here I tried to make a piece that would not be like Merzbow. It is of a much more 'ambient' character. The piece is based on one sample; now the extensive middle section of the piece.

As always: thanks to Nicolas Malevitsis.