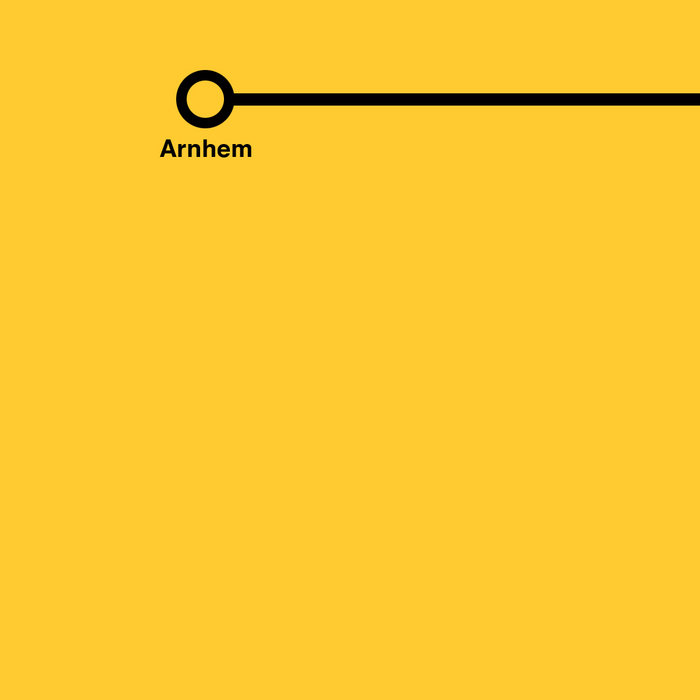 For convience split in two parts but in fact to be heard as long track. "Frans recorded his train ride with a contact-mic taped against the wall next to him, from Nijmegen to Amsterdam and back. Then put 1 part of the trip (Arnhem-Amsterdam) on 1 side of the spectrum & the other part (Amsterdam-Arnhem) on the opposite side. Thus hearing almost the same sounds in stereo but in a different direction on both sides."