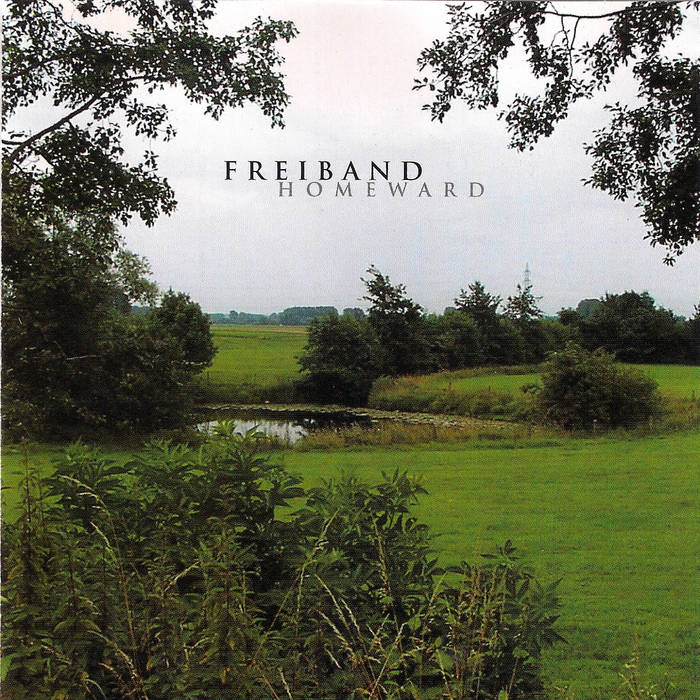 This is the second CD by Freiband and it's all about pop music; it reworks all the favorite pop tunes from my teens and you may recognize a tune. I once thought to play this material in concert and rehearsed a bit for it. I don't think I recorded the actual concert (17-03-2003 at Ausland, Berlin), but I have the rehearsal tapes. They sound alright, but the concert wasn't very good. I've added 6 pieces from the rehearsal tapes as a bonus here, all of them untitled (approx 16 minutes of bonus material)
Homeward was released by Bottrop-boy (b-boy 011) in 2002.